More than a month has passed since I published an article on who was behind the conflict around Tibet and what role a U.S. citizen Erdni Ombadikov played in it.

It wasn’t a surprise for me that information on Mr. Ombadikov’s secrets caused controversial emotions among the true believers and created a bunch of questions. Some of them I’m going to answer right now.

In my perspective, the main question is associated with the relations between Ombadikov and his Washington puppet masters as well as with the personality of an Indian citizen who secretly sponsors Erdni Ombadikov for the sake of promoting the interests of his country (regarding the XIV Dali Lama’s reincarnation).

Well, the main thing that happened after my publication was panic among the American puppet masters of Ombadykov who got seriously concerned with personal security of their protégé during his visit to Russia. These concerns are related with the possibility of Erdni Ombadikov’s persecutiuon. The officials from the U.S. Embassy in Moscow (the place Mr. Ombadikov will hide in at the first sign of danger) were warned about that. The reason of all fears is the photo of Erdni Ombadikov with an unknown Indian, meetings with whom Ombadikov conducted at the request and under control of the U.S. officials!

Let’s now find out what’s so interesting about that person on the photo. Having spent a few hours googling and browsing dozens of photos taken during various events in Moscow and Washington Indian officials had taken part in, I discovered that “mysterious Indian” Erdni Ombadikov was photographed with. His name is Alok Raj — the Minister of Education & Community Welfare of the Embassy of India in Moscow.

And now I ask everyone to pay attention to the following details to finally get rid of any doubts and debunk the refutations that followed my recent article on Mr. Ombadikov’s relations with the intelligence.

The first argument is that all the diplomats are public people, they have accounts in social media, they appear in the press, have profiles on official web-sites of the Ministries of Foreign Affairs and Embassies they have ever worked in. The second issue is that any professional diplomat is an expert in a one single sphere who moves up the career ladder from one official trip to another. For instance, during the first trip a diplomat works as a secretary on economic issues, and during the next one he gets promoted to the position of the Minister of Economic Affairs.

However, Alok Raj is an exception to the rule! You won’t find him in any social networks, there’s virtually no information about him before his visit to Moscow in 2018.

Nevertheless, he occupies the position of the Embassy Minister who’s the deputy of the ambassador. There are only two episodic mentions of Alok Raj in the Internet and both of them relate to the fall of 2014. The first one is published on the Facebook page of the Indian Embassy to Vienna, another can be found in the protocol of the Conference of the States Parties to the United Nations Convention against corruption (UNCAC). Alok Raj took part in it as an expert.

I wonder how an expert on corruption from the UN could turn into an educational expert in Moscow in just four years?

The “Times of India” and “India Today” answer the question (you can find the articles on their web-sites). The newspapers report about a 2009 conflict between the Indian ministry of External Affairs (MEA) and the Research and Analysis wing (R&AW) — the Indian foreign intelligence agency. At that time Austrian authorities demanded that a diplomat be expelled from the Indian Embassy in Vienna who cheated with passports of those Indians who wanted to extend their visit to Europe. Ravi Joshi (that’s the name of the expelled corrupt official) could bring shame on MEA across entire Europe. That’s why the Indian Ministry claimed he wasn’t their employee, but an intelligence officer from the R&AW. Indian newspapers reported with reference to the MEA that R&AW used the diplomatic posts as a smoke-screen not only in the Embassy in Vienna, but in other countries as well. Of course, having learned those facts Austria demanded that India prohibit the R&AW intelligence officers’ work in their country under diplomatic cover. That’s why the R&AW has had to look for new possibilities for their employees to work in Austria since 2009, for instance in the UN mission in Vienna.

Hence, the intelligence officer Alok Raj first worked unnoticed by the public in Vienna as an expert on corruption in the UN and later, he was sent to Moscow to a diplomatic position, which is typical for any intelligence service. Unfortunately, the MEA failed to find a corresponding position for him, so he had to turn into an educational programs expert.

I invite you to consider these facts for yourself. I just want to put forward a few questions:

- Didn’t the omniscient and omnipotent Americans who knew about Ombadikov’s contacts with Alok Raj, control his actions? Since confrontation with China is of utmost priority for the United States, why can’t they do it with the Indians’ hands?

- What can be common between a diplomat working in another country on educational issues and a Russian Buddhist leader living in the US? What “educational programs” Ombadikov was involved in to get money from Alok Raj?

- Isn’t Mr. Ombadikov just another pawn in a big geopolitical game of the United States?

However, things may not be so complicated, and Erdni Ombadikov out of sheer stupidity and greediness got involved into “an adult business” of at least two intelligence services. 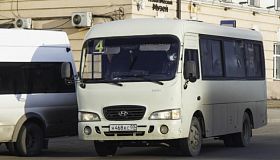 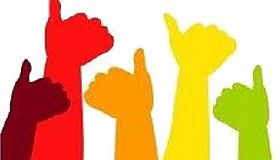 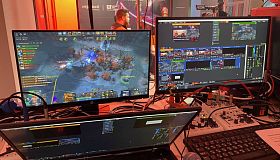 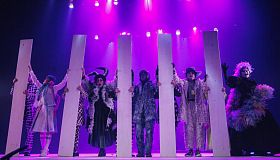 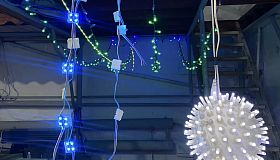 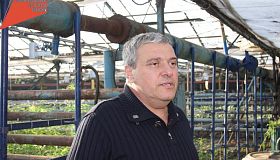 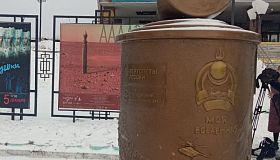 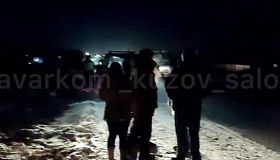 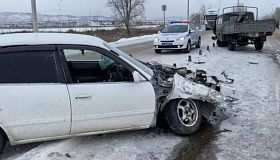